When Archimedes, the Ancient Greek mathematician and engineer, ran down the street naked shouting ‘Eureka’ after making his discovery about the displacement of water in his bath, it was in the city of Syracuse, Sicily where this event took place. It is all part of the rich and complex history of the island, Sicily, which conspires to make it quite unlike any other place. Although part of Italy since 1861 and only 3 kilometers (2 miles) off the Strait of Messina, Sicily has a quite distinct identity. The language Sicilian, merely a cousin of Italian, is still widely spoken, and it borrows words from Greek, Ara 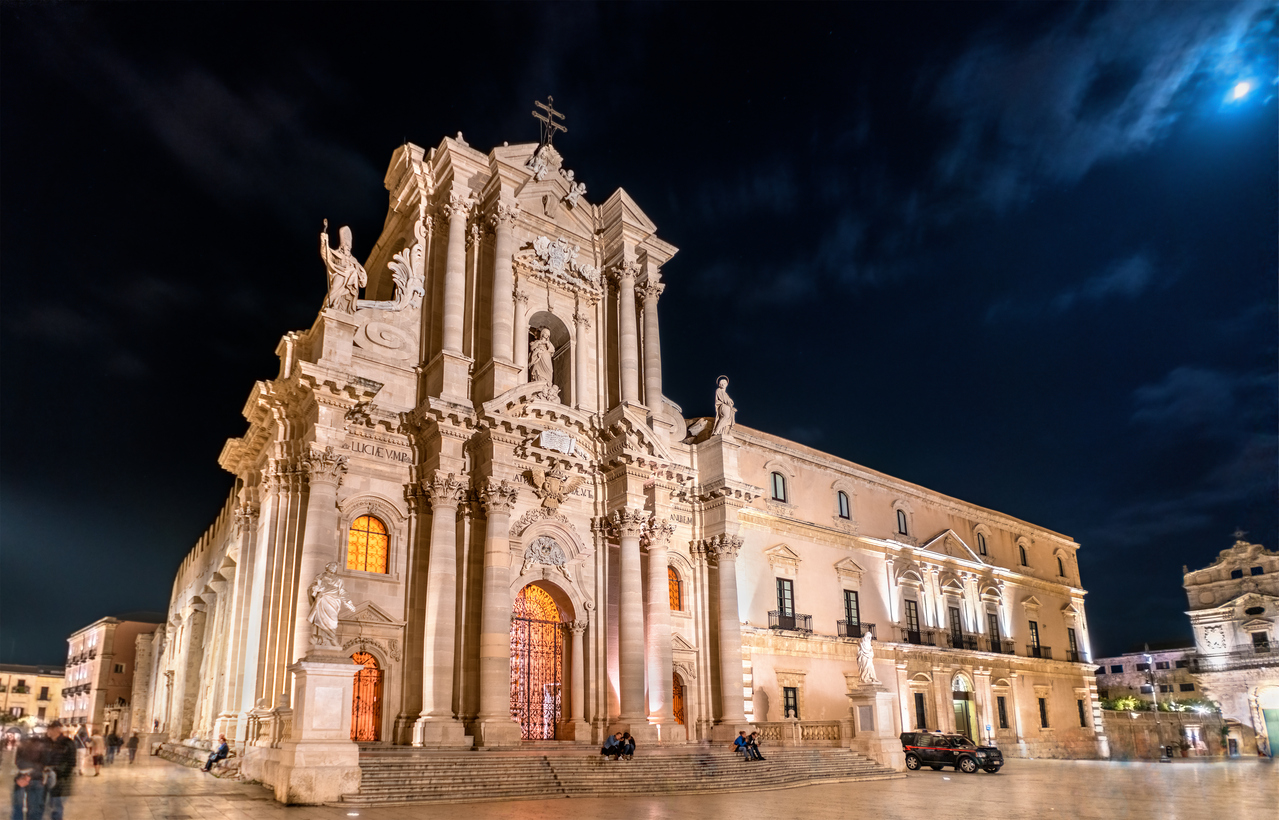 Sicily is located in the warm blue seas, and has an area size of 25,711 square kilometers (9,927 square miles). Its local population is about five million, and Palermo is the island’s capital. Sicily is the largest island in the Mediterranean Sea and hangs like a triangle football off the boot-shaped Italian mainland.

Sicily’s inland contains rugged and mountainous terrains, much of which practice agriculture, producing citrus fruits, olive oils, and wines. In terms of weather, the summers here can be intensely hot. Popular spots are on the coast and sandy beaches. While you’re here, be sure to try Sicilian desserts of Cassata and Catania.