Around the coast of Northwestern France in the borderlands between Brittany and Normandy, tantalizing glimpses of Mont-St-Michel Island can be seen. The island cuts an unmistakable silhouette, a fairy tale citadel perched on a rough clump of rock, surrounded by sea or at low tide by undulating sheets of glistening mudflats. 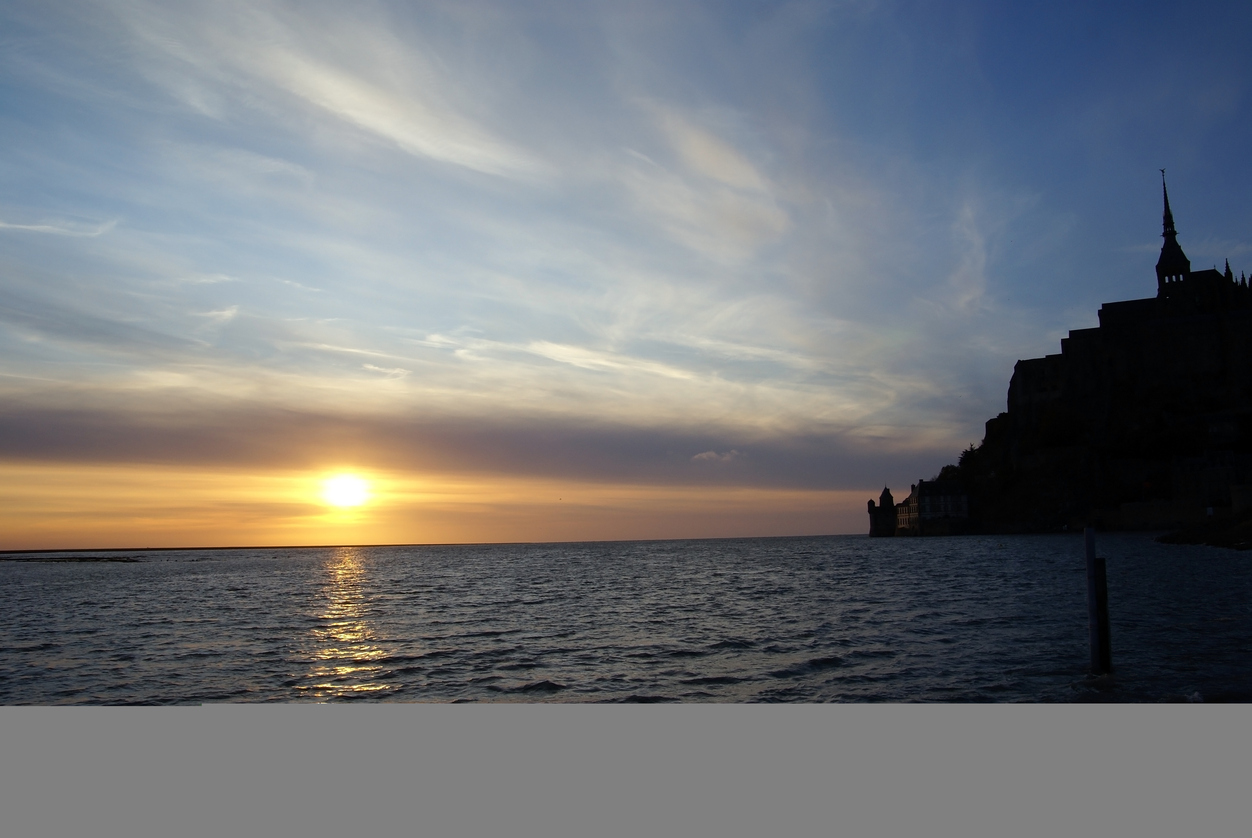 a population of 40 residents. It has been recognized as one of the World Heritage Sites of UNESCO. The Abby and surrounding monasteries have been a commune for centuries where monks settled. The buildings are in Romanesque and Gothic styles. Today, there is also a smaller version of St Michaels Mount in Cornwall.

Visiting Mont-St-Michel Island any time of the year, especially in the warmer months, can be a good experience. However, between July and August, the island can be uncomfortably busy. Be sure to have a guide while going out to walk on the island’s mudflats as the tide can come in very fast, traditionally said to be ‘at the speed of a galloping horse’.